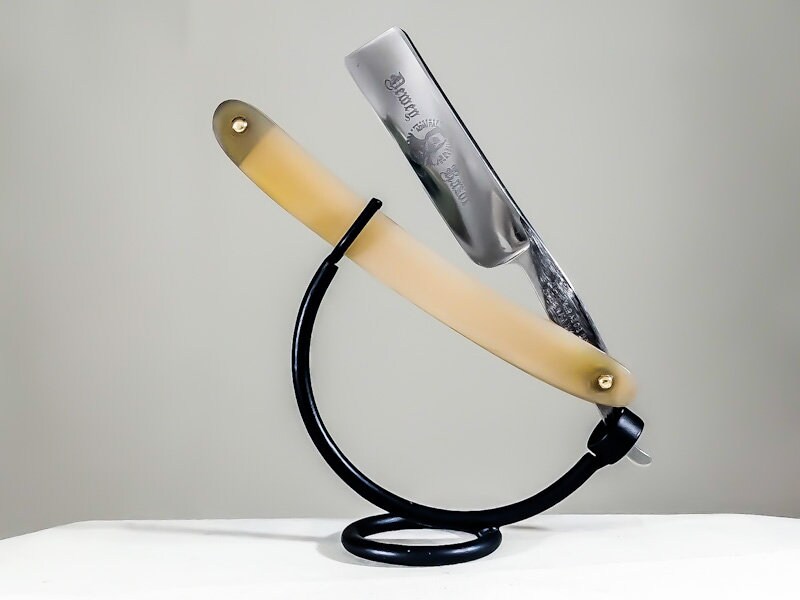 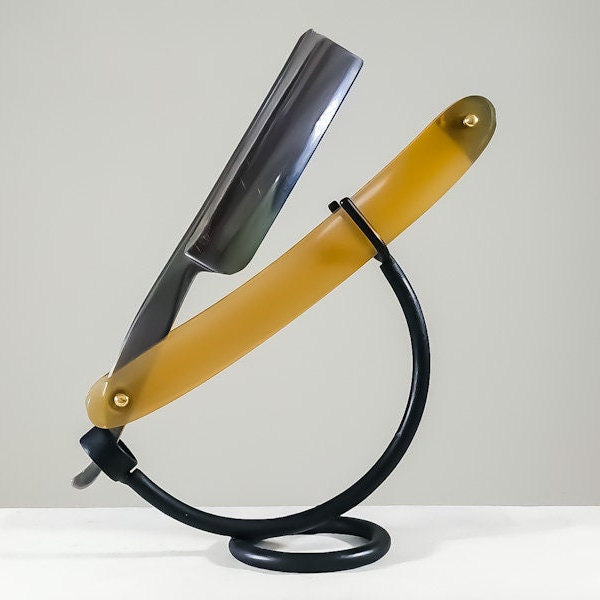 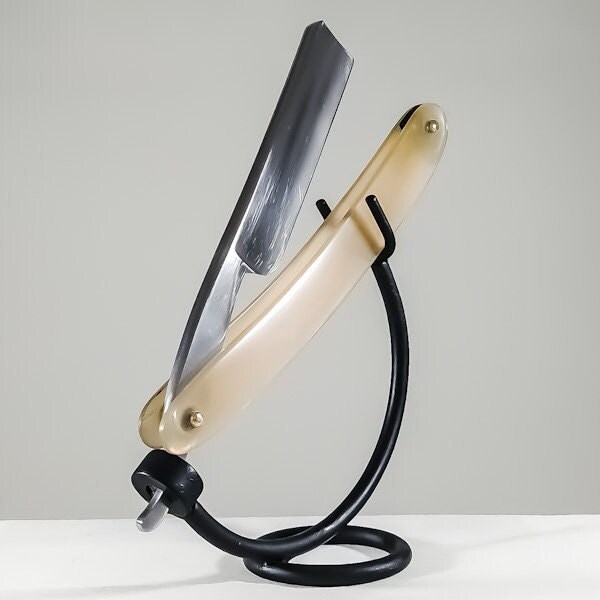 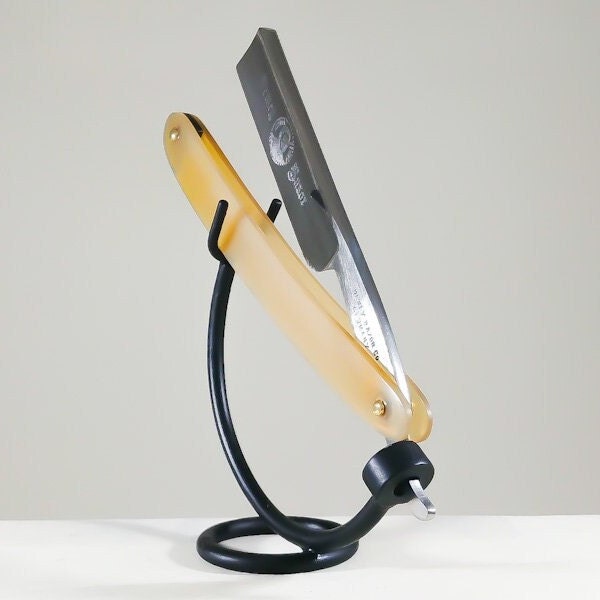 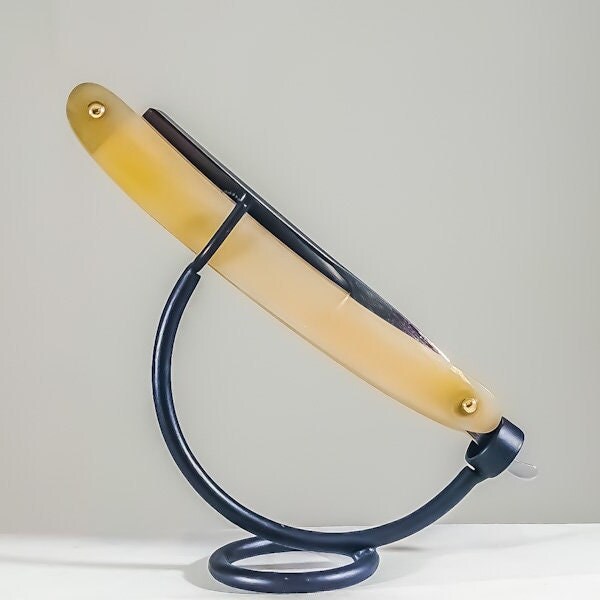 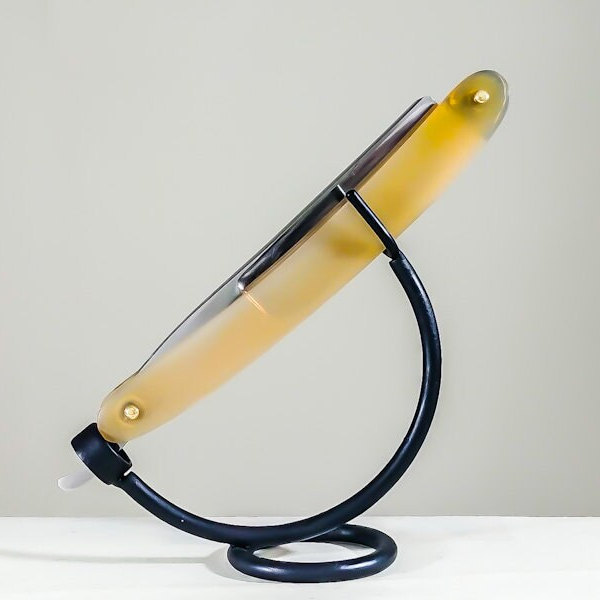 This 6/8" straight razor, produced by the Dewey Razor Co. in the early 1900's, has the likeness of Admiral George Dewey etched into the blade to commemorate his victory in the battle of Manila Bay over the Spanish Navy during the Spanish-American War. The original scales have been replaced with custom blonde Water Buffalo horn scales & the original pivot washers have been replaced with stainless steel washers. Despite it's age, this razor is in excellent condition & holds a keen edge. The heavy, square point blade is ideal for the seasoned straight razor user or those with thick facial hair growth.

Request a cancellation within: 0 hours of purchase

I don't accept returns or exchanges

But please contact me if you have any problems with your order.

0 items in your cart